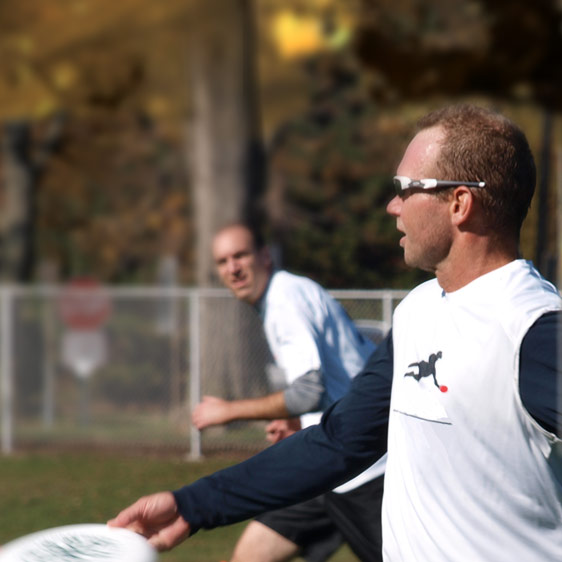 Most people in Northern Illinois will remember the winter of 2011 for the Ground Hog Day blizzard. Tony Santi, founder and president of J2 Santi, Inc. custom homebuilding, youth athletic coach and weekend athlete from Western Springs, Ill., recalls it differently. In January that year, Santi slipped on his icy sidewalk. “I reached back to brace myself with my free hand and the next thing I knew I was on the ground. I thought I had broken my arm, but I dislocated my right shoulder,” explained Santi. “So, I crawled back into the house and called Dr. Steven Chudik.” Dr. Chudik, an orthopaedic surgeon and sports medicine physician with the Steven Chudik Shoulder and Knee Injury Clinic in Westmont, Ill., reduced Santi’s shoulder and recommended he schedule a follow-up clinic appointment.

According to Santi, his shoulder problem actually began 20 years earlier when he partially tore his rotator cuff while playing basketball. Because the injury did not adversely slow him down, Santi delayed treatment and only had physical therapy for his injury. “I knew my arm was weak when I worked out, but I was able to do everything I needed. I didn’t see the need for surgery,” Santi said. With his new injury, Santi opted to try physical therapy first. “Retrospectively, I should have done something sooner,” he added.

After three months of physical therapy, Santi tried to play recreational sports, but couldn’t. “I could barely raise my arm. I had no strength. I knew if I ever wanted to play competitively again, I needed to see Dr. Chudik and hear my options, Santi said.”

“After reviewing Tony Santi’s MRI, I recommended surgery because in terms of injury severity, his was the worst possible. It involved all four rotator cuff tendons and his biceps tendon,” said Dr. Chudik. “Typically an injury of that magnitude is considered irreparable, but because he was so young I had to try and repair what I could. His prognosis for returning to an active lifestyle, let alone throwing and shooting activities, was poor,” he explained.

Santi’s arthroscopic rotator cuff surgery, normally a two-hour procedure, took more than four hours because of the extensive scaring and extreme retraction of the rotator cuff. “I basically rebuilt his shoulder,” said Dr. Chudik. “Technically I was able to repair everything, but questions remained about whether it would heal completely and how much function would return.”

Not one to shirk challenges, Santi began physical therapy within days of his surgery and an addition on his home. “I figured as long as I was going to be home it would be a good time to do the addition,” Santi said. “So, three days a week for five months I went to physical therapy and then home to oversee the construction of our addition. This rehabilitation was much more difficult than my earlier ones, but I didn’t cut any corners. I took my rehabilitation seriously and did as much as I could—and then some, he added.”

Less than a year after surgery, Santi is playing basketball, Ultimate Frisbee, catch with his children and in better shape than he has ever been. “Tony Santi is a testament to dedication and determination,” said Dr. Chudik. “Most would not be able to recover as well as he did after such a severe injury and big surgery. It is important to take care of injuries when they occur—do not wait. Most injuries only get worse with time.”